October 14th- May 20th:
Nic has #WHATAFEELING to be going on tour this fall with Flashdance the Musical playing Jimmy! He is ecstatic to be singing and dancing his way across the US and Canada! Be sure to check this show out and to see this powerhouse show!

July 23 2015:
Nic couldn't be happier to announce he will be working with Across The Board Talent Agency! They will represent him in Legit, Commercial and TV / Film. He is ecstatic to see with this new relationship brings in the coming year! 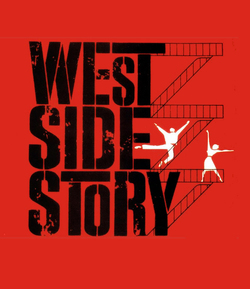 July 10th 2015:
Nic is thrilled to announce that he will be returning to the John W. Engeman Theatre for their upcoming production of 'West Side Story'! Nic was seen there last season in their production of 'A Chorus Line'. This time he will be playing Luis in the Shark gang. The production runs from September 17th- November 7th. Be sure not to miss this production!

June 29th 2015:
Nic is making his Piper Theatre debut as the Beadle in their upcoming production of 'Sweeney Todd.' It will be performed at the Old Stone House in Park Slope Brooklyn.

March 16 2015:
Nic will be performing in 'A Chorus Line' at the John W Engeman theatre! He is ecstatic to be making Engeman debut in one of his favorite shows!

September 4th 2014:
Nic is thrilled to be performing in the National Tour of 'Pinocchio' playing the role of Geppetto! He will be touring through most of the southern states if you are in the area make sure to check it out!

May 9th 2014:
Nic is beyond excited to open "And the World Goes 'Round" at the Interplayer's Theater in Spokane Washington! The show will be running until May 25th so make sure you get your tickets!

April 12th 2014:
Nic is ecstatic to announce he will be spending this summer at Arundel Barn Playhouse in Maine! He will be performing as Greg in "A Chorus Line," Alfred Doolittle in "My Fair Lady," and Ensemble / Emmett understudy in "Legally Blonde." If you are in the area make sure you check out this fantastic season!

March 24th 2014:
Nic couldn't be happier to be making the voyage all the way to the other side of the continent to be performing
as Man 1 in Kander and Ebb's The World Goes 'Round at the Interplayers Theatre in Spokane Washington!  Nic will be singing such songs as "Sometimes a Day Goes By," "Marry Me," and "Coffee in a Card Board Cup." If you are in the area make sure you stop in to see the show, and all that jazz!

March 1st 2014:
Nic is back in the city performing in a brand new children's theatre production titled A Cow Name Cow! And Nic is playing the title character Cow! Be sure to check this show out March 1st and 2nd and 8th and 9th!

December 29th 2013:
After performing over 175 performances of Holiday Happiness Nic is back in New York City and gearing up for another round of Lucky Disaster! This concert will feature music by Drew Overcash and Rob Rockiki!

November 19th 2013:
Nic is starting rehearsals for Holiday Happiness! If you are in the Dallas Texas area make sure not to miss this Texas Family Musical Classic! Tickets Available www.texasfamilymusicals.com/index.php?op=96

October 26th 2013:
Nic is going to be having a a Texas sized Christmas this year spending his Holiday season with Texas Family Musicals performing in their very own show "Holiday Happiness!" In this show Nic will be singing and tapping along with three other actors bringing cheer and merriment! Be sure to stop by for a real treat if you are in the Dallas Texas area!
Show Dates: November 25th- December 31st
Tickets Available www.texasfamilymusicals.com/index.php?op=96

September 6th 2013:
Nic has been cast in his first New York City production since graduating in May and coming back from Weathervane less than a week ago! He will be performing with Red Shirt Entertainment's The Remembrance Project: The Trail of Tears. The show is part of series bringing light tragedies that have happened all over the world. The show will be Monday, September 30 at the Nuyorican Poets Cafe in New Yorks East Village!

Sept 5th 2013:
Nic is excited to announce that he will be in a concert called "Lucky Disaster" featuring the music and lyrics of Drew Gasparini and Zoe Sarnak! The concert will be heald September 29th at 4 pm at Dont Tell Mamas! Make sure not to miss this fantastic matinee featuring some phenomenal new talent as well as some great music!

August 1st 2013:
Opening night of Shrek at the Weathervane Theatre! Nic is one of the three pigs and opens the show up in all his ogreness playing Shrek's father!
Be sure not to miss this show!
http://wvtheatreplayersnh.org/ticket-info/price-purchase/

July 19 2013:
Opening night of "The Prince and the Pauper" at the Weathervane play house! Nic is playing Tom Canty (Pauper) in this fantastic production. Be sure to not miss this show filled with awesome music and hilarious shenanigans!
Tickets available here:
http://wvtheatreplayersnh.org/ticket-info/price-purchase/

July 9 2013:
Opening night of Annie Get Your Gun! Nic is play Eagle Feather as well singing in the Moon Shine Lullaby Trio and dancing in the ensemble! Be sure to check the show out at the Weathervane Theatre!
Tickets available here:
http://wvtheatreplayersnh.org/ticket-info/price-purchase/

July 5 2013:
Today is the opening day of Aladdin! You can catch Nic tapping and singing as the Sultan for the next few weeks at the Weathervane theatre!
Tickets available here:
http://wvtheatreplayersnh.org/ticket-info/patchwork-childrens-shows/

May 22 2013:
Nic has officially graduated from New York University with a B.M. in Music Theatre! But dont worry you'll still see him around town crashing EPA's and making his way onto Non Eq lists!
May 14 2013:
Nic is proud to announce that he will be spending the summer at the Weathervane Theatre in Whitefield New Hampshire! There he will be performing in "Shrek," "Les Miserables," "Annie Get Your Gun" and "Once On This Island" as well as their childrens theatre productions.
To purchase tickets visit: wvtheatreplayersnh.org
Powered by